The daily chart of EUR/USD resembles a grand piano, consisting of black and white keys. On the D1 chart, the daily candlesticks similarly formed a black-and-white pattern. The bears and bulls of the pair take the initiative in turn, but at the same time they cannot break out of the price range of 1.2150-1.2245, where the upper border corresponds to the annual high, and the lower border corresponds to the Tenkan-sen line on the above time frame. The fundamental background changes its color with kaleidoscopic speed, and traders are forced to react quickly to the rapidly changing agenda.

Last week, the dollar received support from the inflation release. The consumer price index updated its multi-year highs in April, provoking increased volatility for the EUR/USD pair (as well as for other dollar pairs). The greenback strengthened its position throughout the market but just for one day. Fed officials were quick to reassure traders that the regulator would not react to a single release, especially since the increase in inflation was mainly due to the low base of last year. Such a “portion” of dovish rhetoric weakened the greenback, after which the initiative for the EUR/USD pair was intercepted by buyers. However, they could not go above the level of 1.2250: the minutes of the April meeting of the Federal Reserve again returned dollar bulls confidence. Some members of the regulator (the document does not specify which ones) suggested discussing the issue of early curtailment of QE, “if the American economy continues to gain momentum.” Traders interpreted this rhetoric in favor of the greenback, after which buyers of EUR/USD were forced to retreat from the highs again.

Today’s price fluctuations are caused by several fundamental factors. In the first half of the day, the euro was supported by PMI indices. French, Italian, as well as pan-European indicators, came out in the “green zone”, reflecting the recovery processes in both the production sector and the service sector. Only the German index of business activity in the manufacturing sector disappointed – it fell short of the forecast level, showing a slight decline. Nevertheless, the indicator remained well above the 50-point value (64 points), which indicates an improvement in the situation in this area of the economy. At the same time, the PMI index in the German services sector exceeded the forecast level (53 points, with a forecast of growth to 51 points). 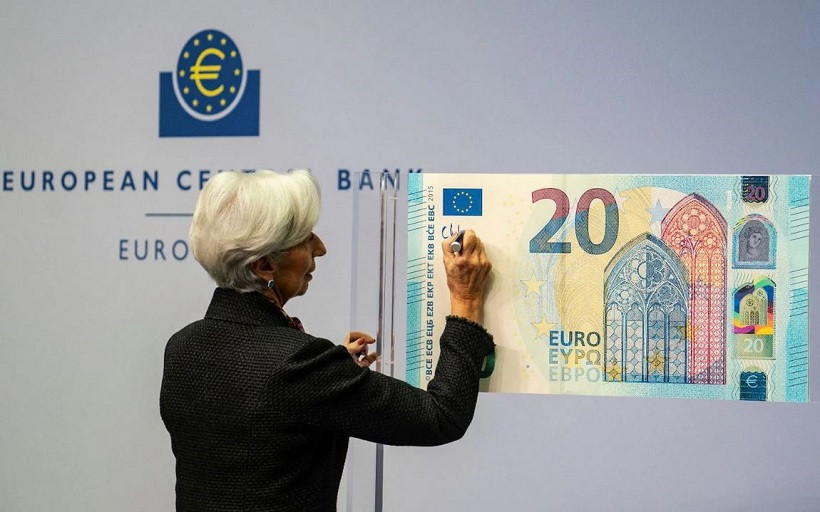 In the wake of these macroeconomic reports, the EUR/USD pair again approached the price high of 1.2245 with a clear intention to update the annual high. But the head of the ECB cooled the ardor of the pair’s bulls: today’s speech by Christine Lagarde was extremely “dovish” in nature, which was a complete surprise for traders.

A small digression is necessary here. The fact is that over the past few weeks, EUR/USD buyers have been “basking in a warm bath” of hawkish expectations. Against the background of the Fed’s unambiguously dovish position, the rhetoric of some members of the European Central Bank indicated a possible monetary uncorrelation. In particular, the minutes of the April meeting published on Friday made it clear that in June, the members of the regulator will discuss the issue of curtailing the emergency asset purchase program (PEPP). The document states that “a new comprehensive joint assessment should be conducted at the next monetary policy meeting.”

In addition, the market began to talk about the fact that there was a split in the camp of the European Central Bank regarding the prospects for the ECB’s monetary policy. Representatives of the “hawkish” wing of the Central Bank even before the publication of the above-mentioned protocol suggested that the regulator may soon decide to slow down the pace of bond purchases, contrary to the previously declared intentions to keep the PEPP in its current form “at least until March 2022”. Such theses were voiced, in particular, by Luis de Guindos, Martins Kazaks, Klaas Knoth. Representatives of the “dovish” wing (in particular, Francois Villeroy de Galhau and Isabel Schnabel) were quick to refute such assumptions, saying that they are “speculative”.

And today, Christine Lagarde joined the ECB’s “dovish wing”. The head of the European regulator said that against the background of general uncertainty, a soft monetary policy is still necessary – “both at the moment and in the coming months.” At the same time, she stressed that the current increase in inflation “is a temporary phenomenon”, so the European Central Bank “should not take into account such signals.” Lagarde also added that the eurozone will return to its pre-crisis level not earlier than next year.

Reacting to such soft rhetoric, the EUR/USD pair collapsed to the middle of the 21st figure, but here the downward momentum began to fade. The bears could not even test the lower limit of the price range of 1.2150-1.2245. This indicates the riskiness of short positions on the pair. 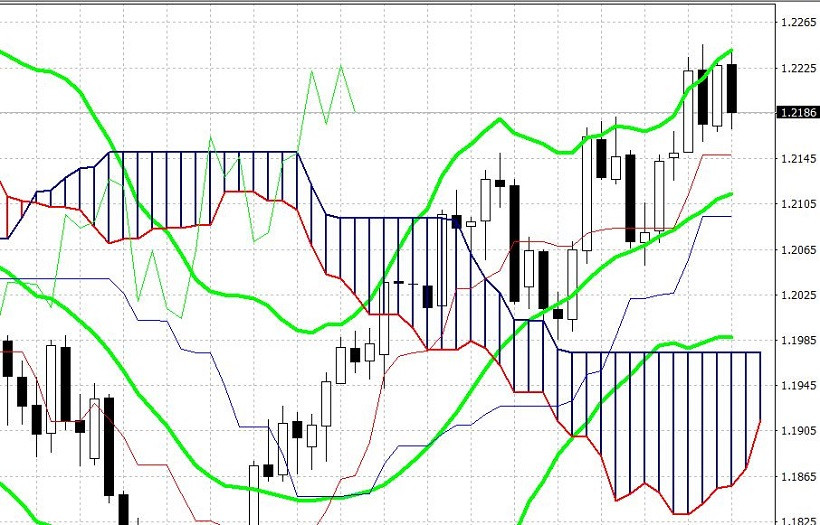 Of course, today the euro has received a significant blow of a fundamental nature. Plus, many traders close orders ahead of a long weekend: on Monday, European trading platforms will be closed due to the Catholic Pentecost (the Day of the Holy Spirit). These factors put pressure on the EUR/USD pair, but sellers are unable to push even the nearest support level to confirm the strength of the downward movement. Given this, we can assume that next week buyers will again seize the initiative, playing on the weak positions of the US currency. After all, despite the voiced position of Lagarde, many ECB members remain hawkish, while the Federal Reserve “in a single rush” defends the preservation of the current parameters of monetary policy.

At the moment, it is advisable to take a wait-and-see position for the pair, taking into account the upcoming weekend. If at the end of the next few days, the EUR/USD bears will not be able to go below the 1.2150 mark, then we can consider longs with the first target of 1.2200 and the main target of 1.2245 (the current price maximum of the year).