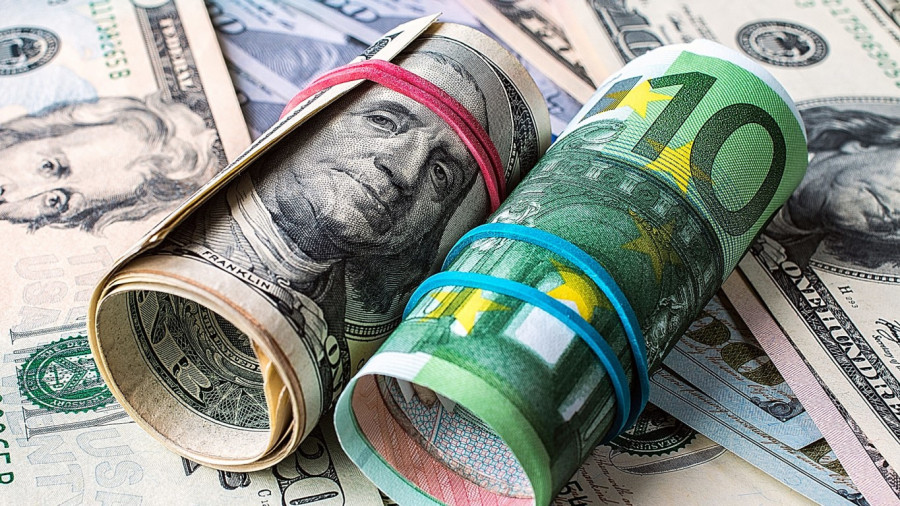 Judging by yesterday’s dynamics, the optimists won a local victory. The Nasdaq Composite nearly lowered the 9-month upward trend. The price received support amid a decline, closing the session in positive territory. The USD/JPY pair lost ground, falling to 108 from 109. Later, the quote recovered, showing a V-shaped movement.

On Thursday, the market is trading under pressure again. Risk appetite is decreasing. What to expect from the market in the coming days? Most indices are likely to trade sideways. Positive data on economic recovery is expected to partly address concerns about the accelerated growth of inflation. Thus, the markets are likely to move in a sideways trend until there is a factor that could have a severe impact on the dynamics.

As for the US dollar index, its downside momentum seems to be slowing down. Yesterday, the index was supported by the sell-off. As a result, it managed to return to the area above 90.00. Apparently, the greenback is not going to give up. It is likely to continue defending the psychologically important level. The longer this struggle will take, the stronger the pair’s further movement will be.

Thursday’s session promises to be decisive for the market’s dynamics within the next few weeks. If there is an increase in purchases following a decline, the growth of key stock indices will continue. In this case, oil and gold will follow suit. The outcome of this struggle for the 90.00 level will be decisive for the US dollar index as well. If the price goes below this level, the downward movement will intensify, and the quote will go into the area of recent years, where bulls’ resistance is likely to be much weaker.

The EUR/USD pair fell below the level of 1.2200 on anti-risk sentiment. However, bulls do not seem to be going to give up. Despite the US dollar’s local recovery, market participants remain optimistic about the EUR/USD pair. The high of February 25, 1.2243, and the annual peak of 1.2349, achieved in early January, can be seen as targets.

The current situation is favorable to the euro. Firstly, the three-month London interbank offered rate for dollars has once again reached a historical low, which is putting additional pressure on the dollar. Secondly, the demand for metals is still high, and this fact is expected to support the European currency. Thirdly, the FOMC meeting minutes have confirmed the regulator’s position on loose monetary policy. This is a negative factor for the US dollar.

As for the internal factors which could affect the euro, it is being supported by greater prospects for economic growth. Europe now provides more vaccines per capita than the US. By the middle of summer, Europe is planning to vaccinate 70% of the adult population. Against this background, the authorities began to discuss the possibility of a complete lifting of restrictive measures in the region.

The stabilization of the epidemic situation gives confidence that economic activity in the European countries will recover to pre-pandemic levels in the second half of the year. In this case, the ECB may consider reducing the size of the quantitative easing program by the end of the year.

Thus, the next meeting in June will be of great importance. At this meeting, the terms and conditions for phasing out QE can be determined. A change in the ECB’s rhetoric, coupled with possible monetary policy tightening, may well provide the euro with additional upside momentum.

On Thursday, ECB President Christine Lagarde is expected to give a speech. If she points to an improvement in the situation, the euro will most likely gain in value.