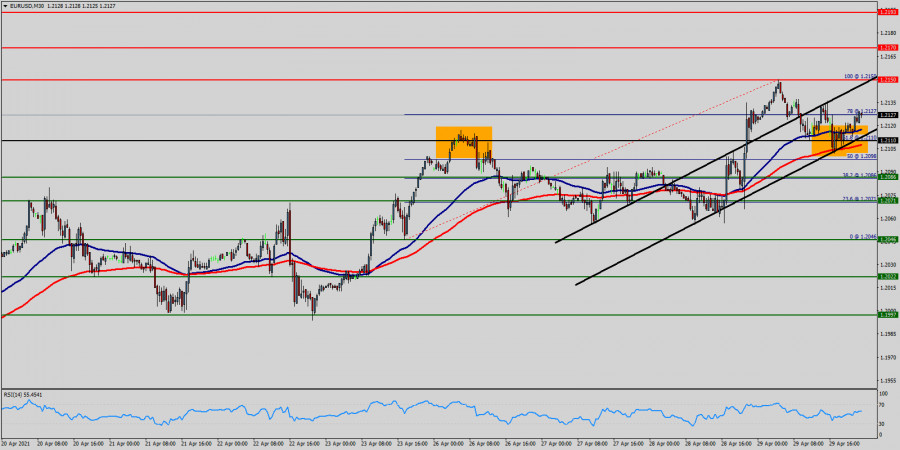 The EUR/USD pair broke resistance which turned to strong support at the level of 1.2110 yesterday. The level of 1.2110 coincides with a golden ratio (61.8% of Fibonacci), which is expected to act as major support today.

The Relative Strength Index (RSI) is considered overbought because it is above 70. The RSI is still signaling that the trend is upward as it is still strong above the moving average (100).

This suggests the pair will probably go up in coming hours. Accordingly, the market is likely to show signs of a bullish trend.

On the other hand, if a breakout happens at the support level of 1.2070, then this scenario may become invalidated.

If the EUR/USD pair fails to break through the resistance level of 1.2193, the market will decline further to 1.2193. This would suggest a bearish market because the RSI indicator is still in a positive area and does not show any trend-reversal signs. The pair is expected to drop lower towards at least 1.2110 with a view to test the daily pivot point.

The ECB meeting will focus attention on the financial markets

US wholesale inventories for March (F) 1.3% versus 1.4% preliminary