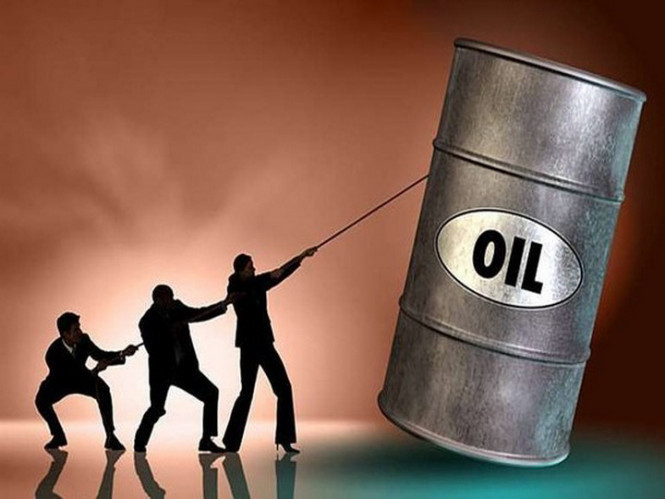 The price of crude oil this morning is again correcting down. Market participants are seriously worried about the real possibility of a second wave of the coronavirus pandemic in the world. Nobody wants to experience such a situation for the second time in a row, especially the black gold markets, which are probably the worst hit. At least, the demand for raw materials has become so low that it has beaten anti-record. The industry may simply not survive the new decline in demand for fuel.

More recently, investors expressed unreasonable hopes that the cost of oil will increase both in the short and long term. The market was tuned for early recovery and a return to at least the previous pace of work. However, the situation has changed against the background of an increase in oil reserves in the United States of America. In addition, pressure on the market was felt from the side of not too confident growth in the global economy. As it became clear from the latest statistics, in various regions of the world, economic growth after the crisis will not be as rapid as analysts and market participants hoped. The already difficult situation is aggravated by news about new COVID-19 infections, which could be the beginning of another wave of a pandemic and a more grave crisis.

Thus, the restoration of the oil market goes a very thorny path, the end of which is not yet visible. And the increase in demand for raw materials remains a big question.

Last week, the number of newly recorded COVID-19 patients in Beijing began to increase. Authorities hastened to make statements that they might have to return to quarantine measures to prevent another massive spread of the virus. Almost simultaneously with this, an outbreak of the disease was recorded in several US states, where the number of infected again breaks daily records.

Meanwhile, the stocks of petroleum feedstocks in the United States of America rose quite substantially last week. According to the State Department of Energy, the increase was 1.215 million barrels. At the same time, gasoline inventories decreased by 1.677 million barrels, distillates also decreased by 1.358 million barrels. All this would be a good support for the market, if not for the preliminary forecasts of experts who expected a more global decline on all fronts. So, crude oil was supposed to become 3.5 million barrels less, which did not happen, and market participants could not help but notice this.

The cost of Brent crude oil futures for delivery in August on a trading floor in London this morning fell by 0.42% or 0.17 dollars, which dropped it to the mark of 40.54 dollars per barrel. Recall that the last trading session also turned out to be in the negative zone for this brand at about 0.6% or 0.25 dollars, and the level was fixed in the region of 40.71 dollars per barrel.

The cost of oil futures for WTI light crude oil for delivery in July at auction in New York today also fell. It declined by 0.82% or 0.31 dollars, which forced the raw materials to move to the level of 37.65 dollars per barrel. According to the results of yesterday’s session, black gold fell by 1.1%, or 0.42 dollars, reaching $ 37.96 per barrel.

As can be seen from the dynamics of the price of the WTI brand, it still cannot pass the strategically important threshold of $ 38 per barrel. For several days in a row, its cost has been in a narrow corridor and remains without major changes. All this may indicate that market participants cannot yet determine their mood and are looking for new, more compelling factors for moving in one direction or another.

Quite slurred demand as well as an increase in stocks of raw materials are just some of the reasons for the negative dynamics. If any support factor does not appear, it is quite possible that the price of black gold will continue the downward trend.